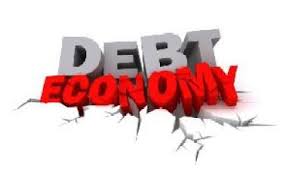 Fitch, an international credit rating agency, has predicted the country’s debt-to-GDP ratio will rise to about 76.8 percent by the close of the year due to the massive revenue shortfall caused by the COVID-19 pandemic.

The agency in its latest rate action on Ghana stated that, although it expects the country to record a rapid turnaround after the pandemic, the public debt level will remain burdensome.

Prior to Fitch’s report, Moody’s, another credit rating agency released a report that maintains the rating for Ghana but revised the outlook from positive to negative. An economist at University of Cape Coast expressed that, the ratings are negative news.

“This is a negative development as the same Moody’s revised upward from stable to positive early this year, Professor John Gatsi in reaction to the ratings report noted, last week.

According to the central bank, Ghana’s public debt measured as a percentage of GDP stood at 63 percent by the close of 2019. But, this is expected to rise sharply beyond control due to unplanned borrowing to fight COVID-19.

“Fitch forecasts general government debt to increase to 76.8% of GDP in 2020, owing to the combination of a wider fiscal deficit and cedi depreciation. Debt would equal 535% of government revenue, twice the ‘B’ median of 214%”, Fitch said its latest rating action which maintained the country’s debt sustainability level at ‘B’ with a stable outlook.

It added that, “Furthermore, cedi depreciation has increased external debt servicing costs in local-currency terms and we forecast interest costs to reach 40.3% of revenue compared with the ‘B’ median of 8.6%.”

But, the rating agency expects debt levels to plateau in 2022, although there is a risk of larger-than-expected contingent liabilities from the energy sector.

“Do we blame this on COVID-19 pandemic? It depends on the appreciation of economic data”, the economics professor quizzed.

Above all, the fiscal deficit implied a clear abandonment of the fiscal responsibility act as the upper ceiling statutory deficit level cannot be complied with.

The 2020 revised projections presented the economy as a fragile framework to investors and rating agencies. The appetite to grab funds everywhere and eat in the same bowl of hitherto weak economies crying for debt relief tells an ordinary observer that uncertainty surrounds us.

The point, already known, is that rating agencies use both historical data and prospects of the economy to do their evaluation. Hence, the economy was already attracting bad rating comments before COVID-19.

Fitch,  forecasted Ghana’s GDP growth will fall to 2% in 2020, although that is dependent on the extent and duration of the coronavirus outbreak and the resulting lockdown measures.

“We expect a relatively robust recovery to 5% in 2021, as oil production recovers gradually from an expected fall in 2020 and non-oil growth continues its recovery.

“The possibility of bringing new oil and gas reserves into production brings some upside risk in the long term, but we expect that Ghana’s oil sector development will slow in response to the collapse of oil prices,” the agency stated.