National Muslims Conference and Matters Arising…. What is Behind the Agenda?

Ghana-IMF Deal: A week of highlights of soonest hope amidst skepticism 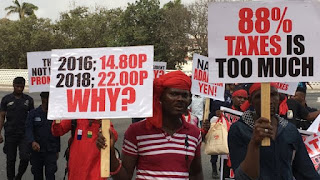 Adnan Adams Mohammed As the debate of fuel price cut by GOIL rages on, a former Chief Executive of the National Petroleum Authority (NPA) has shot down a claim by the Chamber of Petroleum Consumers (COPEC) that, the Petroleum Deregulation has rather increased fuel prices. The former CEO refuted that the claim indicating that the Petroleum Deregulation Policy was achieving its purpose in the realm of the four specific objectives which included removing the influence of government in the price of petroleum, fair competition, transparency in pricing and attracting investment into the sector. This comes in the wake of a giant in the downstream petroleum sector, GOIL unexpectedly reduced it pump price by GHp15 to respond to a call by commercial transport owners through a strike action for fuel prices to be reduced. The action decision of GOIL had pushed other Oil Marketing Companies to accused GOIL of allowing the government to control its pricing, which brings back a situation of price regulation. “There is more investment in the sector, the banks are now willing to invest in the sector by buying the fuel or investing the fuel station; as you can see fuel station spring up like a mushroom in the country – there is station at every corner – and this is because we have about a 100 oil marketing which are ridiculous of a country of these seize”, Alex Mould, the former CEO of NPA and Ghana National Petroleum Corporation (GNPC) said in an interview. 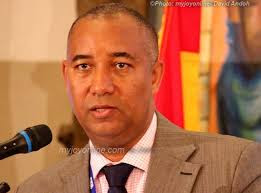 “All these objectives have been achieved adding that now the government is not burdened with subsiding the fuel and the price of products in the sector was transparent.” He, however, noted that the number of players in the industry was an issue the National Petroleum Authority (NPA) must address. “If you have that many players some would try to cut corners,” he said. According to him, some of the players were already cutting corners by adulterating fuel, adjusting pumps so that they would not give the right amount of fuel and selling contaminated fuel. He said the NPA should be playing its supervision role better to avert these bad practices so the consumers were not continuously violated. The former Chief Executive also attributed the hike in prices of petroleum to the excessive taxes government has placed on them. He said in addition to the reduction of the price stabilisation levy, the government must either reduce or remove the Special Petroleum Taxes on fuel products. He explained that the reason for the Special Petroleum Tax was no longer relevant and, therefore, the tax should be reduced if not scrapped totally

AGI pushes for review of some tax policies