SO CAN THE NDC BE TRUSTED AT ALL? 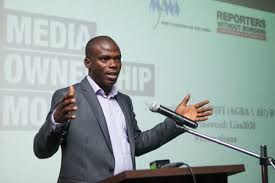 Sulemana Braimah writes On the 2022 budget, the NDC caucus in Parliament just acted like their party did in the last election. “We have won, we have won” only to suffer a humiliating defeat. On the budget, they claimed, “we have rejected it, we have rejected it ” only to be humiliated in the end. I hope one day, we can trust what they claim or say. Now, we don’t even know their true position on the budget and the catastrophic E-levy. At some point, their leader says he agrees to a 1% E-levy. At the same time, the same minority group says their position remain unchanged. Then you are left wondering, which position they are talking about. The position of their leader or which position? Then my friend Okudzeto Ablakwa is reported to be claiming some sort of victory over what he says is cabinet withdrawal of the allocation of Ghc241million E-levy service fee. Then you wonder why will that be of interest. If there is no E-levy will there be an E-levy service fee? What the people are opposed to, and will suffer from, is the E-levy itself and that is what the people were looking up to the opposition to save them from. In the end, the people were just given a hopeless hope. The masses had hoped that for once, the oppostion will use their numbers to truly defend their interest. At this stage, I forsee E-levy in operation. I hope one day, we can trust what the NDC says or claims.

Companies warned not to price in foreign currency